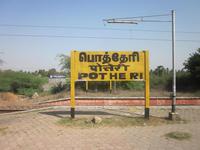 CHENNAI: A 21-year-old engineering student was found dead near Potheri railway station on Thursday morning.Ankur Mahendroo, 21, a BE student at the SRM University, went out on Thursday morning after informing his friends at the college hostel. But when he didn't return, his friends went in search of him and found his body on the track. They informed the Potheri station master who alerted the government railway police (GRP) in Tambaram.A GRP team from Tambaram recovered the dead body and sent it to the Chromepet Government Hospital for postmortem.Police said the student might have been fatally knocked down by an express train.On being informed, Mahendroo's parents came to Chennai from Lucknow to receive his body. His father, Praveen Kumar Mahendroo, works as an assistant manager at Bank of India in Lucknow.
Page#    Showing 1 to 4 of 4 News Items
Go to Full Mobile site