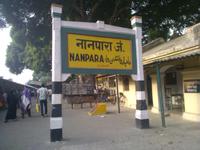 Feb 25 2021 (10:43)
Station Tag: Mailani Junction/MLN added by Anupam Enosh Sarkar/401739
Stations:  Mailani Junction/MLN   Nanpara Junction/NNP
Posted by: Anupam Enosh Sarkar^~ 24131 news posts
Pilibhit: The railways’ plan to run a tourist train -- equipped with advanced Vistadome coaches offering 180-degree view-- in the core area of Dudhwa Tiger Reserve (DTR) appears to have run into rough weather as Allahabad high court has accepted a contempt petition against it, while the state's forest department has said it hasn't been told about the move which it said is an "infringement of the set norms". The petitioner has said that during the hearing of a PIL filed by him in 2018 on the same issue, the then principal secretary of forest in UP, Kalpana Awasthi, had filed an affidavit in the high court asserting that “no activity is being visualized in future in the form of heritage train/toy train as adventure or tourist programme.”
The...
more...
Lucknow bench, comprising justices Shabihul Hasnain and Chandra Dhari Singh, had observed on March 8, 2019, “Since statement has been made by a senior most officer, we do not find that any further orders in this regard are necessary.”
On Monday, Lucknow-based wildlife activist, Kaushlendra Singh, filed the contempt petition. Singh said, “I was compelled to knock at the court’s door after the railway authorities announced a new plan of operating this sophisticated train from April onwards.”
The government is planning to run the train on an old metre gauge track between Mailani and Nanpara, which cuts deep into the Dudhwa’s core portion. A passenger train used to run on the route before the lockdown, carrying locals of the area. The railways are already laying a broad gauge track circumventing the forest’s core area, which will take the load off the metre gauge line.
But, earlier this month, divisional railway manager of North Eastern Railway (NER), Lucknow, Monica Agnihotri, had said, “Vistadome coaches will be used for Dudhwa national park tour.”
Petitioner Singh said, “As a fresh plan to the same effect is an open defiance of the HC order as well as the retraction of the forest department from its own commitment filed on oath, the contempt petition had become inevitable to protect the wildlife from fatal accidents on the railway track.”
The PIL in question had been filed in the high court in 2018 after the state forest authorities with the railways had decided to operate an air-conditioned heritage train in over 100-kilometer long stretch of core forest area. “The two departments had entered into an agreement that the broad gauge railway line will be laid outside the core forest area and the existing meter gauge track will be used for the operation of a heritage train instead of uprooting it. But after the principal secretary filed an affidavit in the high court saying that the plan of heritage train had been dropped, the matter had been put to an end,” the petitioner said.
Ad
When asked about it, senior divisional manager of NER at Lucknow, Monica Agnihotri, confirmed to TOI that “the operation of the tourist train is expected to begin from April this year. It is awaited till the Vistadome coaches are made available to the division.”
She said that the railway authorities were not required to seek any prior permission from the forest department for the said operation as the railway was the sole owner of the railway track.
However, principal chief conservator of forest (wildlife) of UP, Pawan Kumar Sharma, said that the railway authorities had brought nothing to his notice about the development regarding the heritage train. “The department will abide by the order of the high court in this matter,” he asserted.
“The operation of any tourist train by railway in core forest of Dudhwa and Katarnia Ghat wildlife sanctuary will also be deemed as the infringement of the National Tiger Conservation Authority’s guidelines which essentially requires its prior permission even if the 20% of the core forest area earmarked for the jungle safaris is modulated,” Sharma said.
Feb 05 (20:30) लखीमपुर में दुधवा की सैर और ज्‍यादा होगी रोमांचकारी, विस्टाडोम कोच कराएगा खास एहसास (www.jagran.com)
Tourism
NER/North Eastern
0 Followers
9500 views
News Entry# 437296  Blog Entry# 4867985      Past Edits
Feb 05 2021 (20:30)
Station Tag: Nanpara Junction/NNP added by Anupam Enosh Sarkar/401739