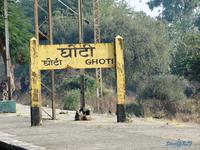 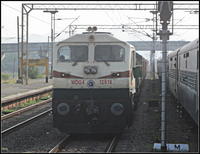 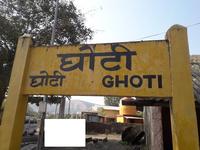 NASHIK: The commissioner of railway safety (CRS) has asked for replacement of all the rails manufactured in 1996 in the section around Ghoti station, the place where the Nizamuddin-Ernakulam Mangala Lakshadweep Express had derailed on November 15.
"There have been instructions by the CRS to replace the rail sections of 1996 batch. Hence, nearly seven running kilometres of railway track in the area (Ghoti railway station) is being changed and the trains are being run on caution mode," an official from the Central Railway, Bhusawal division, said.
Three passengers had died and 29...
more...
others were injured when coaches of the Mangala Express derailed at Ghoti. The broken railway tracks have been sent to Lucknow for detailed investigation about the health of the track. But, as a precautionary measure, the rail tracks of the 1996-batch are being replaced.
Asked if the tracks of any other areas were also being replaced, the official said the tracks in the other parts of the district belonged to subsequent batches, ie, from 2000 onwards, and there was no need to replace them.
"The trains have been sounded caution - at 30 kmph - near Ghoti village and will continue to run with the same speed for several days till the ballast under the tracks settles down. After that, gradually the speed restrictions will go," the official added.
The new rails being laid are 260 metre, extra-long, welded ones, instead of the earlier 13-metre rails. Most of the tracks between Nashik and Mumbai have been replaced with the 260 metre tracks except for few areas, the officials said.
Nov 17 2013 (08:21) Trains from Mumbai, south to be delayed (articles.timesofindia.indiatimes.com)
Major Accidents/Disruptions
WCR/West Central
News Entry# 156962      Past Edits
This is a new feature showing past edits to this News Post.
Trains:  Mangala Lakshadweep Express/12618   Amritsar - Mumbai CSMT (Dadar/Pathankot) Express/11058   Kushinagar Express/11016   Pushpak Express/12533
Stations:  Bhopal Junction/BPL   Nashik Road/NK   Ghoti/GO   Igatpuri/IGP
Posted by: Rang De Basanti^ 138690 news posts
BHOPAL: Several trains coming to the city using the Konkan route and Mumbai-Nashik section of Central Railways are expected to be delayed in view of the derailment of 10 coaches of 12618 Nizamuddin-Ernakulam Mangala Express between Ghoti and Igatpuri in Nashik district. The routes of several trains have been diverted due to blockage of tracks.The trains, which pass through Bhopal railway division and are expected to come late on Saturday include Punjab Mail, Dadar-Amritsar Express, Pathankot Express, Pushpak Express, Mangala Lakshadweep Express and Kushinagar Express. The routes of these trains have been diverted via Bhusawal, said sources.Railway officials said the trains coming from south arrived at Bhopal railway station at their scheduled time on Friday as they had passed through the derailment site. But, the trains reaching here on Saturday are likely to be delayed by almost five hours.Three passengers had died and several others were injured in Fridays derailment.
Page#    Showing 1 to 20 of 24 News Items  next>>
Go to Full Mobile site